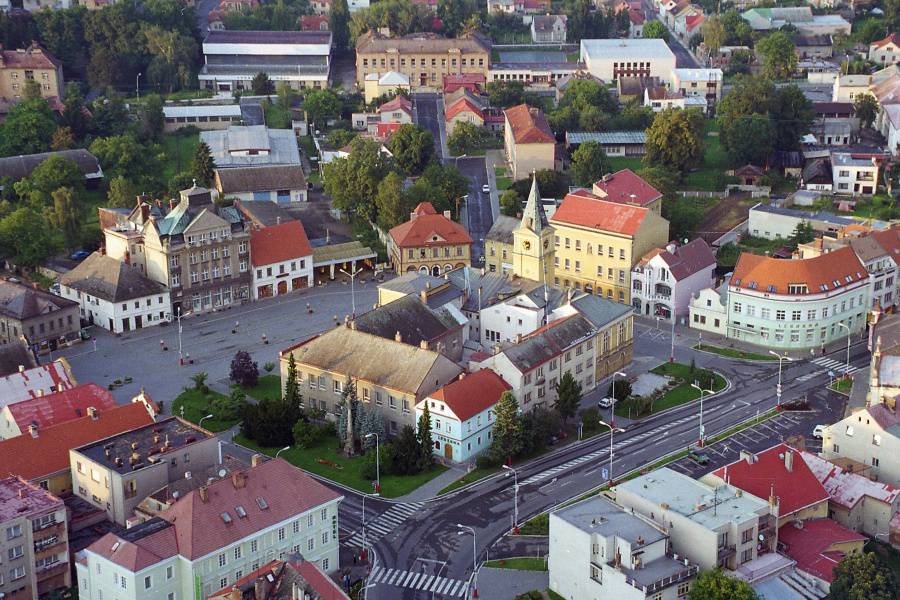 The town of Mnichovo Hradiště has just over 8,300 inhabitants and lies roughly 70 km northeast of Prague in the close proximity of the Bohemian Paradise Protected landscape area.

The town’s history dates back to the Middle Ages. Part of the town is protected as an urban conservation zone and a number of buildings have been registered as cultural monuments of the Czech Republic. The town also includes another 11 villages and settlements, most of which have retained their rural character.

The town’s contemporary character and lifestyle are determined to a large degree by the large industrial zone in the neighbouring city of Mladá Boleslav, where Škoda Auto, one of the largest Czech companies, has its headquarters and a manufacturing facility.

The major tourist attractions in Mnichovo Hradiště include the local Baroque chateau, the rock formations and castles of the Bohemian Paradise, as well as the area around the Jizera River, which flows through the town. The Geopark Ralsko is a restful wilderness area developed in a former military area near the town.

Mnichovo Hradiště has been undergoing changes in recent years. Aside from its traditional citizen associations, a number of non-profit neighbourhood initiatives, including both officially registered organizations and informal groups of people, are emerging. Their efforts are improving the town’s appearance and expanding the array of activities available to the public.

The current town leadership is striving to make the town hall accessible to all citizens interested in its work and to engage residents in decision-making processes. Reconstruction of a number of significant public spaces and buildings is underway and/or planned and the public is involved in these projects as well.